The easy way to modernize your network 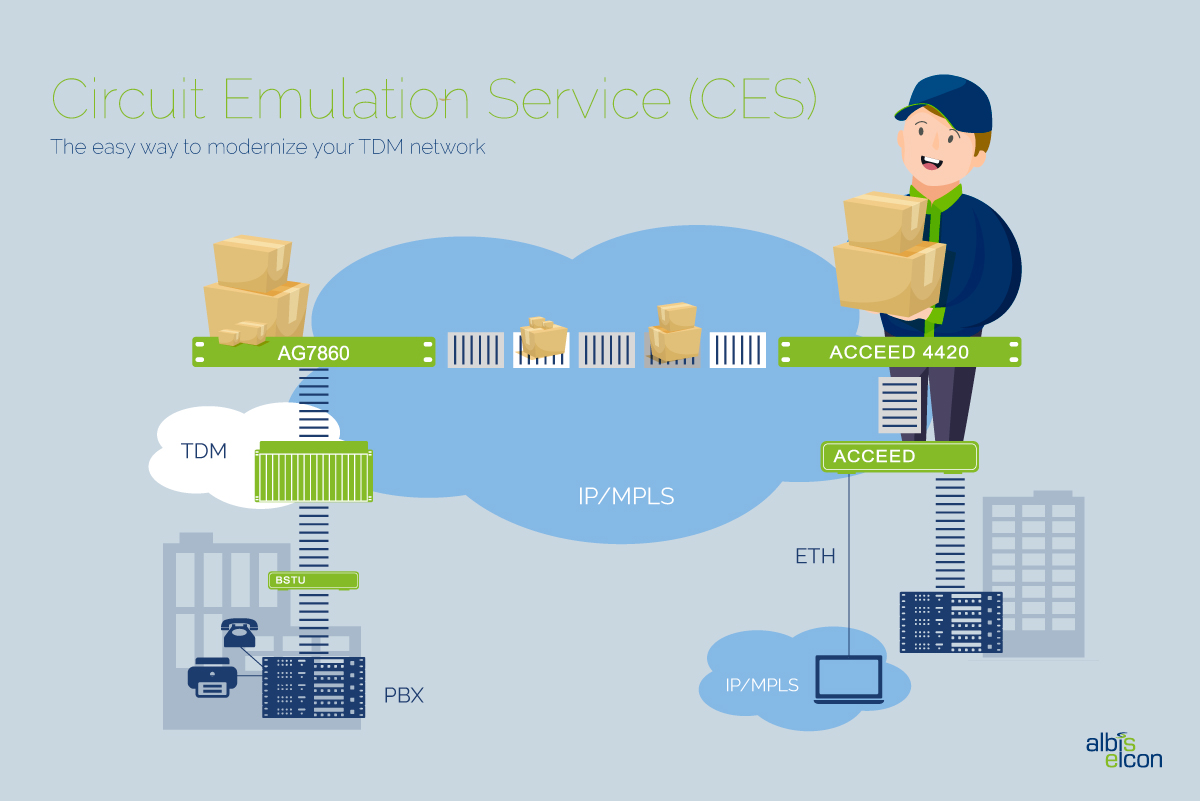 When it comes to telecommunications and digitization, only one thing is certain: namely that nothing is certain. The rapid advancement of digitization and technical developments apparently creates new solutions and innovations every minute. In order to be able to consistently offer their customers the best standards, network operators see it as their responsibility to keep up with the ongoing development. At the beginning, however, renewals and their obvious advantages are often accompanied by many challenges network operators have to face.

A current example of this is probably the restructuring from the long-proven TDM technology to the packet-based network structure. Time Division Multiplexing (TDM) is a transmission method for data streams that has been established as the standard in the telecommunications industry for many years. A defining characteristic of the TDM method is the fact that data signals are transported at different times over time-interleaved transmission channels. Conversely, this means that the bandwidth is only reserved for one channel over a certain period of time and the channels can only be used within a time slot assigned to them. Data streams are thus decomposed into individual fragments, sent at different times and reassembled at the recipient. Since data streams can be splitted and reassembled using this technology, the method is particularly well suited for the transmission of digital voice and data signals as with ISDN (telephony and fax). However, data transport within a predetermined time grid makes the network static and difficult to expand.
With the development of the Internet and the enormous increase of the data volume, especially in recent years, this process is no longer sufficient. The steadily growing data traffic, which becomes more and more entertaining and discontinuous, pushes the TDM network to its limits. However, the situation is different for the packet-based network, where data packets are sent as soon as capacity is available. Reserved bandwidth no longer plays a role here.

As simple and uncomplicated as it sounds, there is still one priority problem that network operators have to face: end-of-life devices. Because the decision to restructure the network does not automatically mean that all devices in use by end users, such as fax machines and telephones, are eliminated. These are still fully functional in operation – but just designed for TDM services. In many cases, this creates a conflict between the network operator and the end customer: Latter would like to continue using their devices to avoid financial expenses for new purchases. But the network operator in contrast still has to find a way to modernize its network.

This is where the Circuit Emulation Service (CES) comes in. It combines the TDM-based data transfer with the packet transfer and thus enables the switch from one to the other transfer method without changing the user experience for the end customer. In detail, this means that TDM signals are tied up and splitted into data packets on their way to the destination. These, in turn, can be easily transported to the addressee via the packet-based network so that they can finally be read out again as “unpacked” signals from TDM-based devices. The conversion between TDM and packet-based data streams takes place via specially developed CES gateways. The devices are equipped with the so-called Interworking Function (IWF). This functional unit enables the conversion of one network protocol into another and thus enables the conversion from TDM to packet-based signals and vice versa. In our case the devices of our ULAF + ACCEED and I-GATE product families take care of this. With this solution, the network operator can not only dismantle his old network as planned, save maintenance costs for it and ultimately create more capacity for the expansion of the new network, but at the same time allows his end customers to continue using their old devices.

A question that may still remain unanswered: What is the effort of restructuring the network when the end user seems satisfied with his connection and the devices?
Basically: The advantages of packet transmission technology are diverse. In addition to faster data transmission, cost savings and the creation of a basis for future network technologies, there is one main focus: modernization. The technology that has been used for years to operate the TDM network, which has been common to date, is outdated and requires a high level of maintenance, which is not least associated with high financial expenditure. In parallel, work has been underway for several years on establishing and expanding a second network for internet use and data communication. The effort required to maintain both networks would not be in proportion to the resources required for this – in terms of workforce as well as energy and financial resources.
The changeover also entails clear advantages for end customers. This is because users in both the private and business sectors will not only be able to make phone calls in a better acoustic quality up to high definition, but also generally surf the Internet at a higher speed.

Migration to packet-based networks opens up many opportunities that benefit network operators as well as private and business customers. Thanks to the technology of the Circuit Emulation Service, they can be used completely from second one – a smooth and conflict-free restructuring included.

Not enough about the CES topic? Do you want to dive further into the technical processes behind this data transfer process? Then take a look at our CES topic page and our white paper.